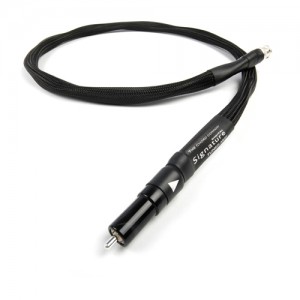 Chord Sarum Tuned ARAY interconnects have built an awesome reputation for themselves in almost no time at all – and all by word of mouth or forum threads.  There’s a reason for this:  Performance!

In fact, extraordinary performance.  Tuned ARAY cables are transparent in every musical sense; someone described them perfectly as “The cable that does everything and nothing at the same time”.

The big deal with Tuned ARAY is its transparency. It doesn’t get in the way of the signal in the way that most other cables do and this is important.  It means you can actually hear what your CD player or any other source is putting out and in almost every case, that’s a lot.  It’s also a lot better than you thought.  We’ve been truly staggered at just how much better some components sound than we previously thought. 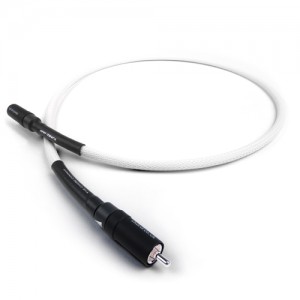 The new Chord Anthem Digital Tuned ARAY and Chord Signature Digital Tuned ARAY both have obvious DNA in common with the Sarum Digital Tuned ARAY.  That means a musical coherence, transparency and real involvement with all your favourite music – and there’s a good chance that it’s going to open a door, letting you rediscover the landscape of your entire music collection.

The Anthem will turn a Sonos and any reasonably priced DAC (we used an Arcam rDAC) into a music system that you’ll want to sit down and listen to – and you’ll find yourself listening to just one more track until the evening disappears.  This is what Tuned ARAY does.  It’s not magic, it’s just very clever and when it comes to sound quality it’s very, very special.

The Signature Digital Tuned ARAY takes a big step towards Sarum.  It shares the same signal and return conductor geometry and this, combined with Tuned ARAY technology, makes for a very transparent digital cable.  How do people describe this?  Well, the most common reaction is “it sounds like analogue”.  That doesn’t mean it sounds like your favourite turntable but it does mean a level of involvement that most digital systems don’t usually have.

Digital cables do make a difference and Tuned ARAY digital cables make a big difference.  Go talk to your local dealer and take a listen. If you love music it will be a very worthwhile trip.